At the outset, I am NOT a Hello Kitty aficionado.

In fact, this post is specifically to ponder over the unbelievable popularity of Hello Kitty. In general, most of the popular characters have followed commonly trodden path of first being introduced through comics or cartoon series and subsequently have found themselves being peddled as various kinds of merchandise. Clothes, accessories, toys, paraphernalia. Hello kitty as per my knowledge is the only such extremely famous character which has traveled a reverse journey. First, as a bag and subsequently in other merchandise and a few years later into cartoon. If there are others as grand and as famous who have emerged in similar manner, I am not aware of them of course.

In India, I have seen Hello Kitty in various forms, especially on bags and lunchboxes, ribbons and dresses of little girls, which, I have to conclude were illegal imitations, now looking at the price of its official merchandise in various stores in Indonesia. I had always wondered back when I was a kid, who Hello Kitty was, because unlike other cartoons I had never come across animated series of Hello Kitty. Years passed and cut to present years in Indonesia, where I came face to face to the gigantic brand that Hello Kitty is and was astounded by its penetration at so many levels in the merchandise world. I was particularly flabbergasted to notice she was on this packet of sugar :-D. 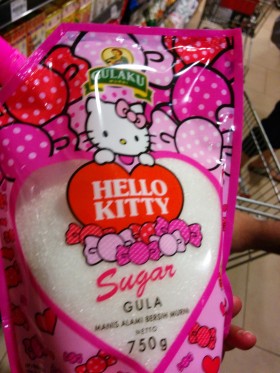 I mean, though I have studied finance,  subconsciously one does ponder brand association with products every now and then. How is Hello Kitty relatable with a day to day item which is used thoughtlessly? Maybe they want to say the sugar is as sweet and the character Hello Kitty is sweet natured too. Though, since Hello Kitty is almost a collectible brand now, one would think, they’d skip merchandising it in form of a generic consumable like sugar.

Kudos to its creator, Yuko Shimizu, who, in comparison with the Disneys of the world, did not have to even create a story for her character to sell so much of the merchandize 😊 . Today, as per Wikipedia, Hello Kitty is a USD 5 Bn brand, as per this article, it is USD 7 Bn.

On the other hand, was there a dearth of cute comic characters? There wasn’t. There were cute care bears for example, the popular series during late 80s and 90s when I grew up. Remember seeing them in Archies greetings too. They have faded now. But Hello Kitty, which was ‘born’ even earlier (is apparently 43 now) than these bears, is still thriving, and is being followed; my niece aged 7 for example is a big fan and owns everything Hello Kitty from erasers, dresses, books, toys and all-that-you-can-have. Though many who were her fans in childhood are now adults and have her as tattoos for example. The Taiwanese Eva airlines has her on their planes and in flight merchandise apparently!

Really, is Hello Kitty that unique? I personally am not really into Hello Kitty (or any character, or a film personality, star, singer and so on), so I cannot understand this phenomenon of mass following, especially the owning of merchandise, posters, dresses etc. Sometimes I feel this tendency of mass following has got to do with feeling some sort of sense of belonging. The fans belong together in celebration of something. An exclusivity etc. Despite the great many explanations on Hello Kitty phenomenon, including by people who have studied her for decades apparently and explained how her lack of mouth is adaptable and empowering to women etc., I just believe Hello Kitty and its promoter company got lucky to put it simply! Despite other Kawaii or cute characters in Japan, only one was picked up the world over…. By luck., and congratulations to its promoter company Sanrio for that! 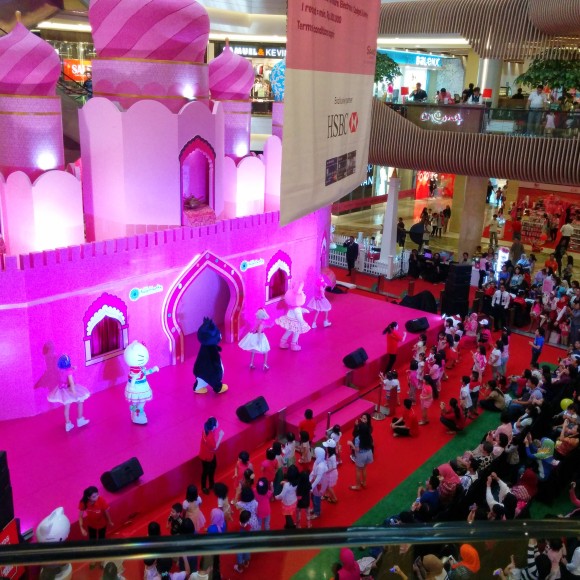